Well, it’s 2 am here in Madurai and having just returned from midnight mass, I’ll wish you all a Happy Christmas… Time to take a quick power nap before the daily Hindu Mārkazhi prayer service kicks off in the next door temple at 4:30 am…

No worries about sleeping-in in Madurai!

In the meantime, I’ll leave you with a seasonal picture of some errrm… psychedelic chicks? 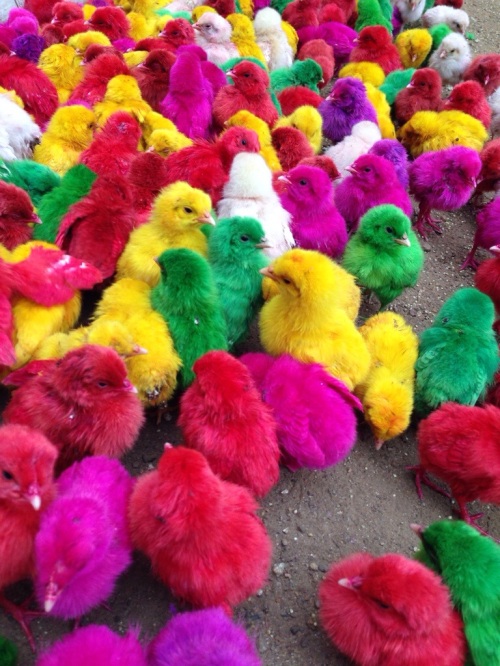 Chicks for sale in Northern Madurai

Took a week off from classes a while back to catch up with friends visiting Kerala. Due to yet another train line gauge upgrade though, the train to Kerala from Madurai runs out of track at Sengottai (*1).

So, it seemed like as good an excuse as any to visit the nearby Courtallam Falls.

Its a popular place – mostly on account of the beneficial effects of the water itself, but also as a place of pilgrimage. And yes, of course I took a dip – just ask any of the traumatised locals who bumped into me – I don’t think they get so many Irish bathers in these parts… 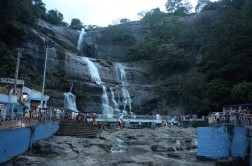 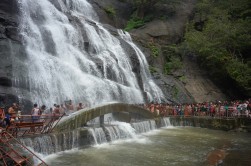 There are actually separate bathing spots for men and women, but it still gets hectic enough – especially during particularly auspicious times – that the police have to carry big sticks.

After the falls, it was a drive through the hills of the Western Ghats – which compared to the by times hot and dusty plains around Madurai was a nice break. Its a lot cooler and damper up here – making it ideal countryside for rubber and spice plantations which are all over the place. 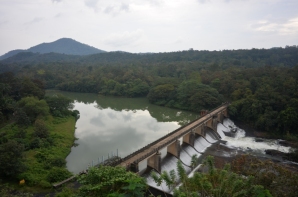 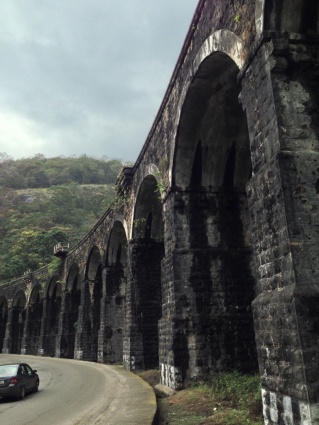 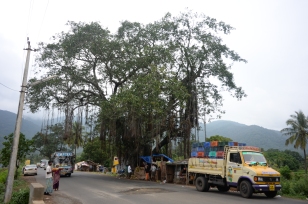 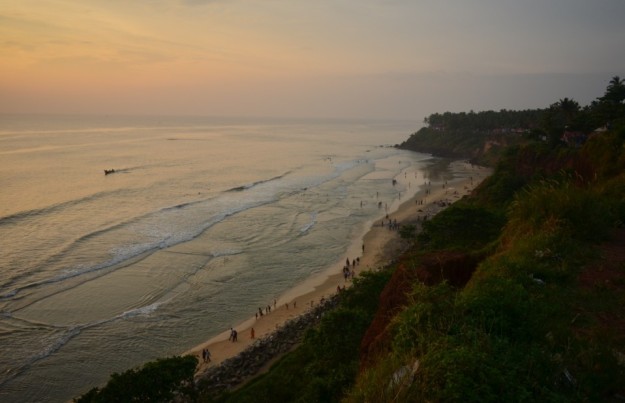 It’s going to be a long month… With the full moon, December 16th marked the beginning of the Tamil month Mārkazhi (*1) – one of the most inauspicious in the Tamil calendar (*2).

There are different ways of dealing with a problem month like this, and the most common is to head to the temple extra early in the morning when the earth is closer to the heavens (as I understand it). In the case of my next door neighbour temple, that means kicking off the ghetto blasters at 6 am – just as well I’m such a morning person… Turns out that even 4 am starts aren’t all that uncommon.

On the flip side, households this month usually make an extra effort to have particularly decorative kolams – the doorstep floor paintings common across South India. 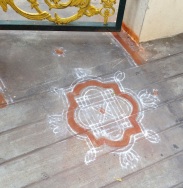 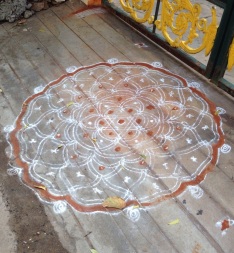 Someone was particularly busy at the roadside mini-temple around the corner – this one is about two metres across.

*1 – the ‘z’ in Mārkazhi doesn’t actually sound like a zee – but then the ழ character doesn’t sound like anything in any European language, so it’s probably as close as any Roman letter.

*2 – Yes, Tamils use a slightly different calendar from the rest of the Hindu world – Wikipedia has the details, but they have the same months occurring at different times.

Now that I’m a resident of sorts here in Madurai (albeit a very short-term one), next thing you know I’ll be blogging every trip I take down to the shops. Okay, maybe just this once…

First stop, the 400-odd year old Pudhu Mandapam arcade (just beside Madurai’s main temple – Meenakshi Temple). While it may be no Liffey Valley, its hard to beat when it comes to calendars, pots and pans, booksellers and tailors (and fantastic intricate stone carvings). There’s talk of the authorities throwing the shop-keepers out to restore it to its original ceremonial use – not expected to happen any time soon though.

After that, if it’s spices, fruit & veg, PVC pipework and gold & platinum you want, we might just need another blog post… 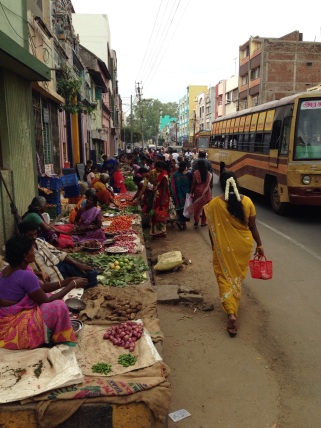 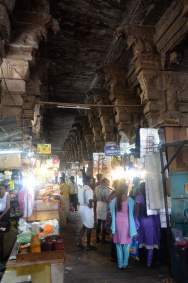 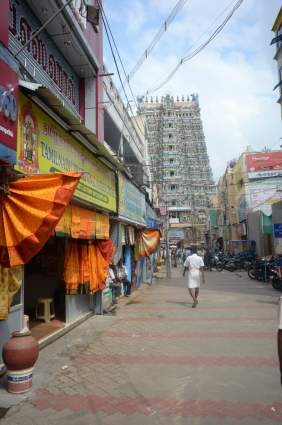 Btw, So I have been asked “Where am I?”, so here’s Madurai courtesy Wikipedia maps…

Language classes you say?!? But English is widely spoken and used in Southern India… Unless of course you’re desperate for your Sandra Bullock fix, want to get a Vodafone top-up or just plain hungry. Sometimes Roman characters aren’t always there to save the day… 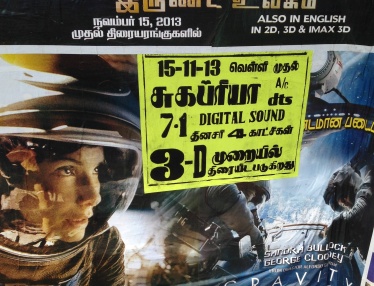 Luckily there are text books… for five year olds… 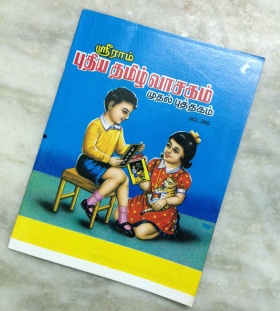 So, before I fall too far behind – a quick update… I’ve made it to Madurai, apartment share and language classes all sorted.

More about Madurai again, but as ancient temple cities go, there’s a lot to like here. In the meantime here’s a quick preview.

And while I’m at it, you can never have too many pictures of cows can you?